In January 2015, it is winters in Pakistan (in the northern hemisphere) and so skies are quite clear at night with many deep sky objects available in sky throughout the night. Some of them includes Andromeda Galaxy, double cluster, Pleiades, Orion Nebula, Running man nebula, Flame Nebula and Horse head nebula. This was the 24th Rutjaga of Karachi Astronomers’ Society therefore named R-24 Al-Tusi.

It was my first trip of the year 2015 in the dark skies of Mirpur Sakro, Pakistan. We gathered a group of 60+ people and headed to Mirpur Sakro. This time we had many of our old astronomers fellows with us. This trip was not for viewing just planets and stars but also to find and shoot the COMET Lovejoy from the dark skies of Pakistan.

As soon as we reached the venue, we settled and introduced each other in a group session. I introduced Karachi Astronomers’ Society by telling about the society, history, founders and future. It was KaAS’s 24th Rutjaga (Night sky Astronomy trip).

Please note all photos are captured by the author Abubaker Siddiq and is author’s property. If you use it, watermark should remain intact. 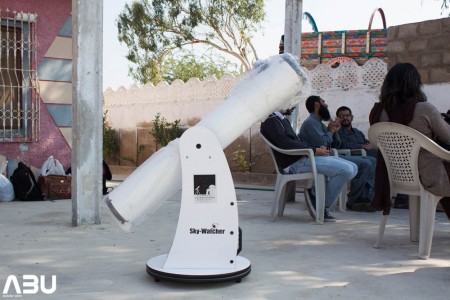 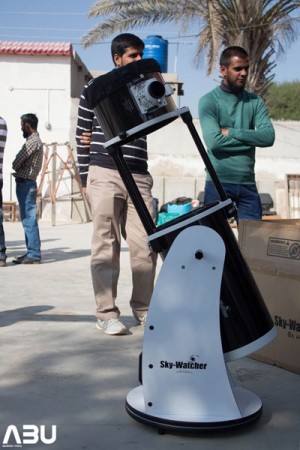 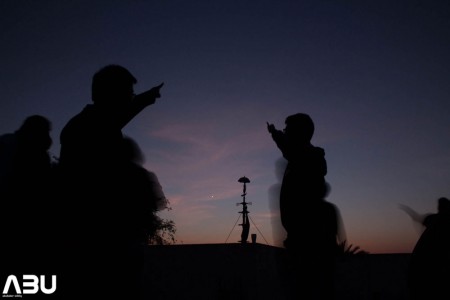 Pointing to our neighboring world The Venus

Finding and shooting the COMET Lovejoy

People who came for the first time were trying to digest the stars and lovely clear night sky while having a sky tour by me and fellow astronomers friends. Soon we started to look for COMET Lovejoy near the Messier M45 which also known as the Pleiades. It wasn’t a difficult task at all to find the comet with Binoculars and with the DSLR with a 50mm lens. 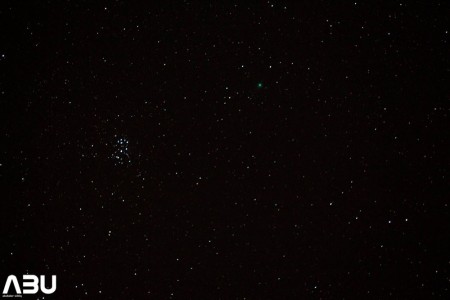 M45 (The Pleiades) and COMET Lovejoy from Pakistan

Before this day all the Astrophotography done within our Astronomers group was either a 5 to 10 seconds  shot with a telescope or a 30 second shot of the night sky. The first Orion Nebula photo among our group and so big was captured by me using a MCT 7.1″ Sky Watcher (F=2700mm) and a DSLR. Here is the photo: 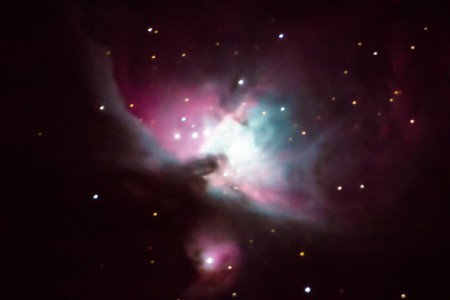 Then finally a dream came true to capture the full Orion Nebula (m42) from skies of Pakistan which was only possible on a tracking mount and a lens/telescope with focal length between 300mm-600mm. I was lucky to have a tracking mount access, a 50mm f/1.8 lens and 500mm f/6.6 lens. We tried a test shot and it came out excellent with 50mm. 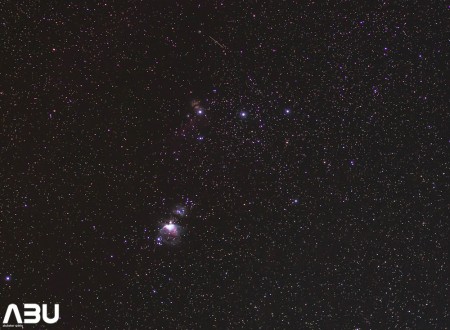 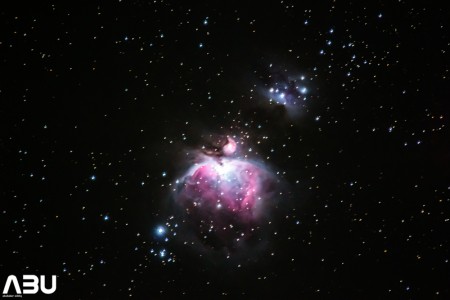 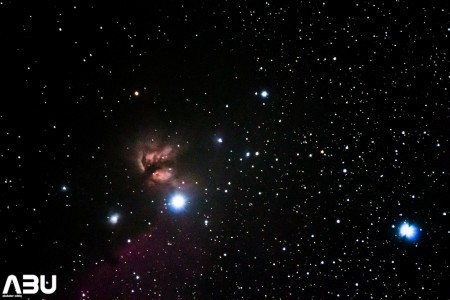 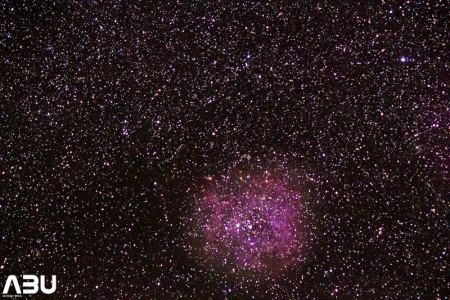 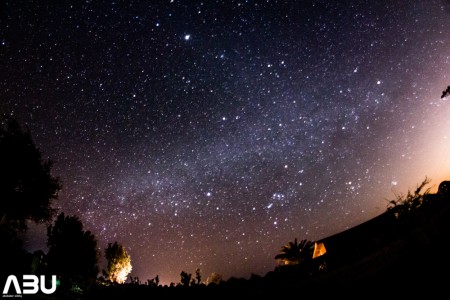 Other shots from the night 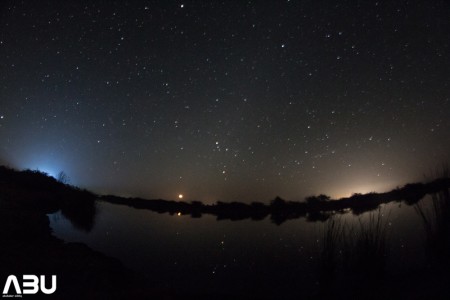 The rising moon and constellation of Scorpio 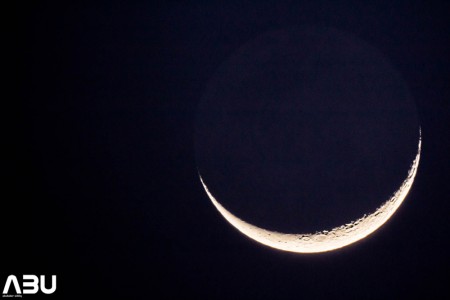 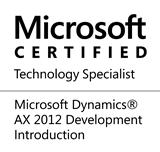